SRD Grant Beneficiaries Yet To Receive Their Payment

It appears that the South African Social Security Agency (Sassa) has not addressed its existing R350 grant payment backlog. It has recently surfaced that many of the grant’s beneficiaries have not received their grant payments, and some have been waiting for several months.

The South African Social Security Agency (Sassa) seems to be receiving nationwide backlash over its inability to address its R350 grant payment backlog. Several Social Relief of Distress (SRD) grant recipients are angered and frustrated over what they have termed failures of the agency to address its inefficiencies.

The #PayTheGrants movement is angered by what it deems as the failures of SASSA and the Social Development department to provide the R350 grant,

the issue in more detail, the movement’s spokesperson, Elizabeth Raiters stated that Sassa is far behind with making SRD grant payments to its applicants and beneficiaries.

Sassa has not caught up with the cases yet. I deal with the public at large daily and I get requests from people every day, whose applications were approved last year in August. They didn’t appeal, and they have never been paid.

She further said that although some of those applicants have also been included in this year’s R350 cycle and have also been approved, most people have about eight or six to seven payments due to them.

Additionally, some of the obstacles that beneficiaries are currently facing to get their R350 grant include being declined while they are yet to receive their grant payment from the previous cycle.

Despite having received the R350 in prior months from Sassa, Raiters has now mostly been declined due to her being deemed to have an alternative income source.

You can use the social medias buttons availables here to share this article with family and friends. 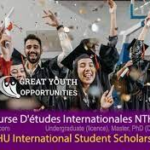